Should You Kill the Wandering Merchants? 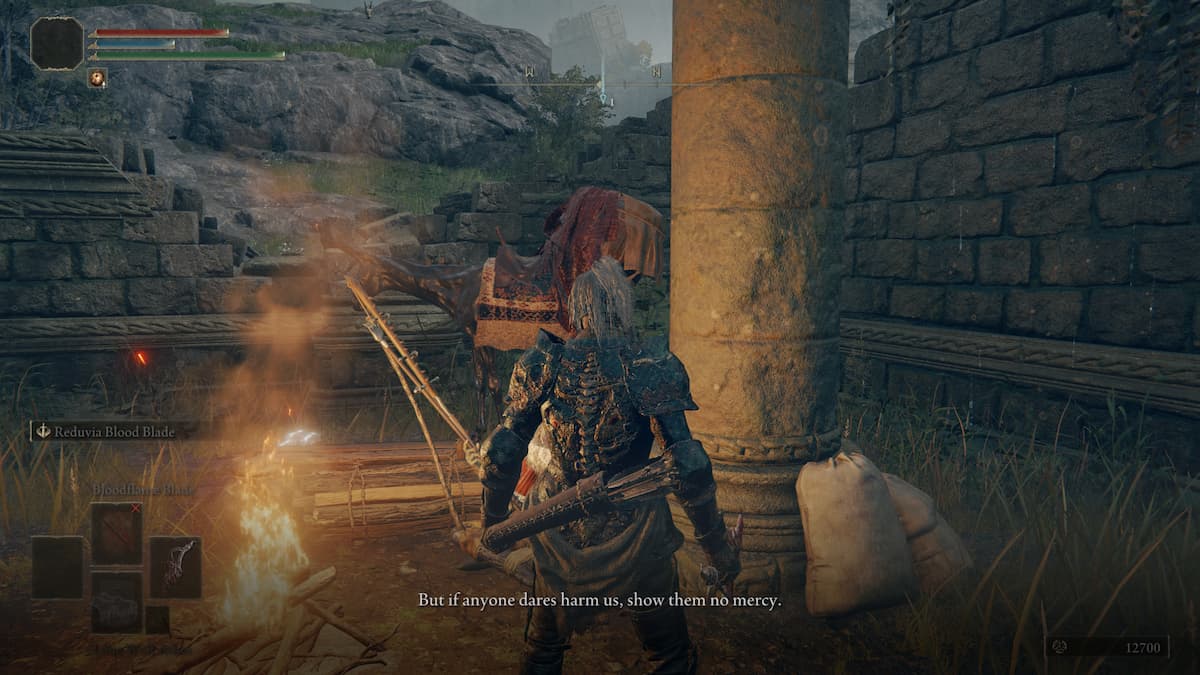 Perhaps you don't need to hear this, but... See that no harm comes to my kin. We have a saying, we wanderers. Lament not your solitude. Expect no sympathy. No regard. Nothing. But if anyone dares harm us, show them no mercy. That is our code, so to speak. Just the way we are. Deeply... unforgiving.

Shortly after you start the game, you'll run into a merchant named Kalé... who looks a lot like Santa Claus. After some small talk, he'll mention something about a merchant's code that suggests you shouldn't attack anyone of his kind but that got me thinking... Why? If we're not supposed to hunt down the merchants, why would the game suggest we don't kill them?

It turns out that each merchant you find, along with Kalé, will drop an item upon their death. These items can be turned into the merchant in Roundtable Hold so the dead merchant's stock can be purchased. So it turns out there's very little downside to killing any of the wandering merchants you find in your journey -- it's even more convenient to kill them and move their stock to a more central location anyways.

There's a little secret that was discovered while killing the merchants. An optional boss, called the Bell Bearing Hunter, can be found at certain merchant locations... which heavily implies that if you weren't killing the merchants, someone else was. The boss only spawns at night so you should rest at the Site of Grace until night, load the area, then rest again. This boss can be found at the following locations:

Will you miss anything by doing this?

Not really. There's some dialogue that Merchant Kalé has regarding a side quest but he drops the necessary emote (the "Snap" emote) upon his death. There doesn't appear to be an achievement associated with keeping all of the merchants alive (or for killing all of them) so it's pretty safe to say you get away with it without any consequences.

What about other named merchants?

For the most part, you should leave other merchants alive (like Knight Bernahl, the guy at the Warmaster's Shack). My general rule of thumb: if the NPC has a name, don't kill them. There are two notable exceptions to this rule, Merchant Kalé (like we've already mentioned in this article) and Gatekeeper Gostoc (for a completely different reason).