Fruit Trees might be a bit overrated in Stardew Valley. Outside of getting the Community Center done and giving the occasional gift to villagers, don't focus (or stress) too much on them and we'll discuss why in this article.

For the most part, fruit is pretty good for gift giving as it is a universal like most of the time. Outside of that, some villagers love fruit produced by fruit trees.

However, the two Fruit trees introduced by Ginger Island aren't as useful for gift giving. It's easiest to ignore gifting these fruit to any villager with the exception of giving Leo a Mango.

The biggest factor is Fruit Trees only produce fruit during one season of the year. This makes them 25% effective as something like a Tapper (or Crab Pot).

Even though a Fruit Tree takes up one square, you should think about them as a 3x3 for the purposes of making money. This means that a Banana tree that produces one Banana worth 150g/day doesn't quite generate 150g/day because it takes up nine times more space than other things -- in reality, a Banana Tree produces 16.67g/day when compared to something like a Crab Pot. You can improve this by planting crops under a fully grown tree and somehow distribute sprinklers around them but it requires some planning most people haven't considered until it's too late.

The most reasonable way to handle this is to use a Pressurized Iridium Sprinkler and plant the trees near the corners of the sprinkler's range (B2, B6, F2, and F6). It's not the most space efficient way to doing it but you won't run into pathing issues if you decide to repeat the pattern. Using this method, I'm much more comfortable making profit calculations using a 1x1 square instead -- and when you do that, Banana Trees (150g/day) greatly outperform the most profitable crops:

(*) Mass farming of Sweet Gem Berry isn't worth the effort due to the difficulty of acquiring seeds.

Wild Trees (Maple, Oak, and Pine Trees) can be planted in a much more dense pattern and produce all year round

There's a lot to think about in regards to how to calculate how effective wild trees can be but for the sake of this discussion I'll assume they take up a 2x2 space (instead of a fruit tree's 3x3 space).

Mushroom Trees produce every other day in the Spring and Summer, every day in the Fall, and none in the Winter. It's not worth calculating their value (or Mahogany Trees), so we'll only focus on the three more common wild trees.

With Heavy Tappers, all of the wild trees make 12.5g/day after factoring in their 2x2 space, so why am I bringing this up when the best fruit tree produces 16.67g/day? Wild trees can be planted just about anywhere -- the Railroad and Quarry are common spots where people will mass plant trees but the Desert and just about everywhere on Ginger Island can have wild trees.

When (and Where) Should Fruit Trees be Planted 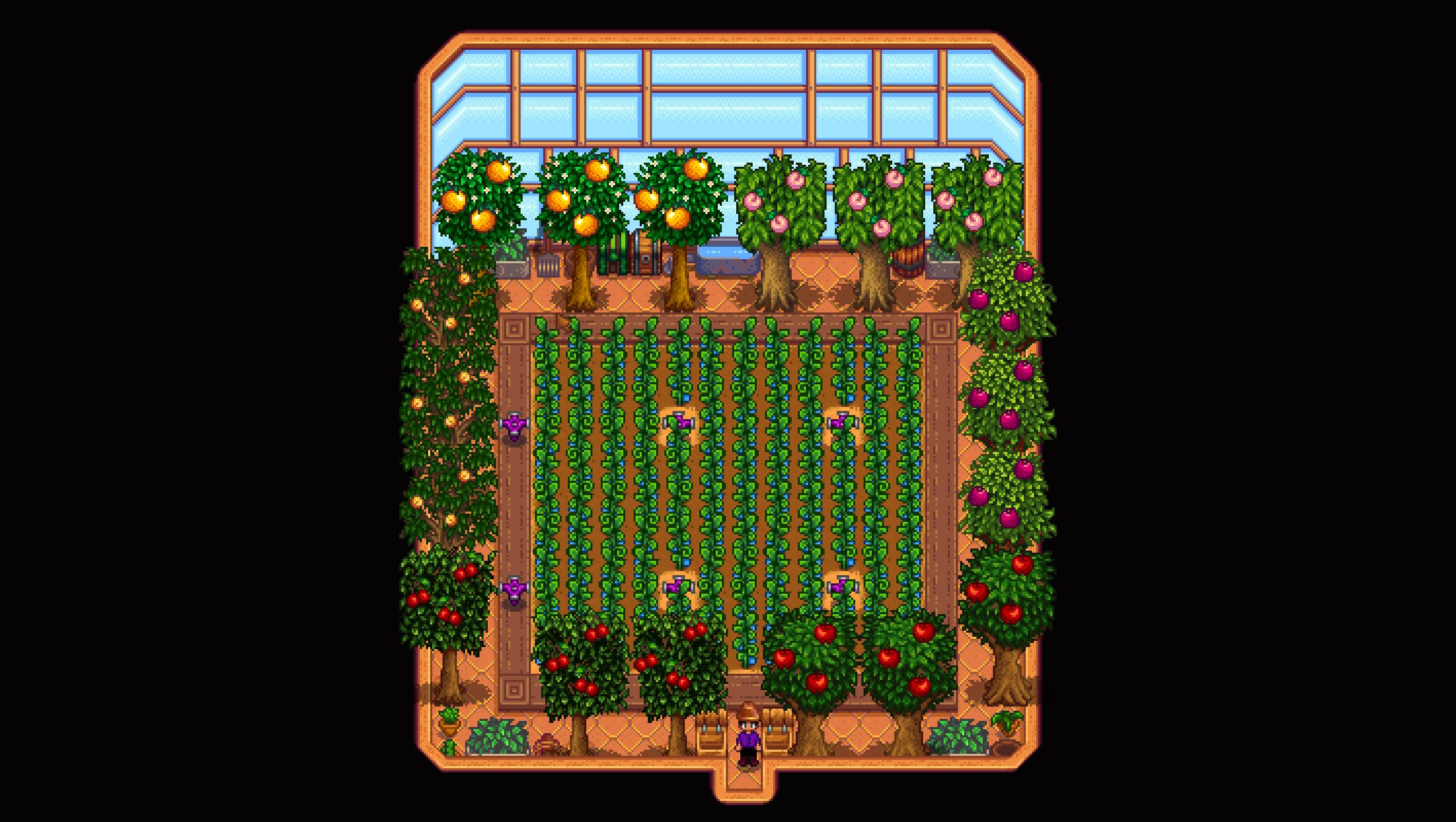 There are two notable exceptions to Fruit Trees: 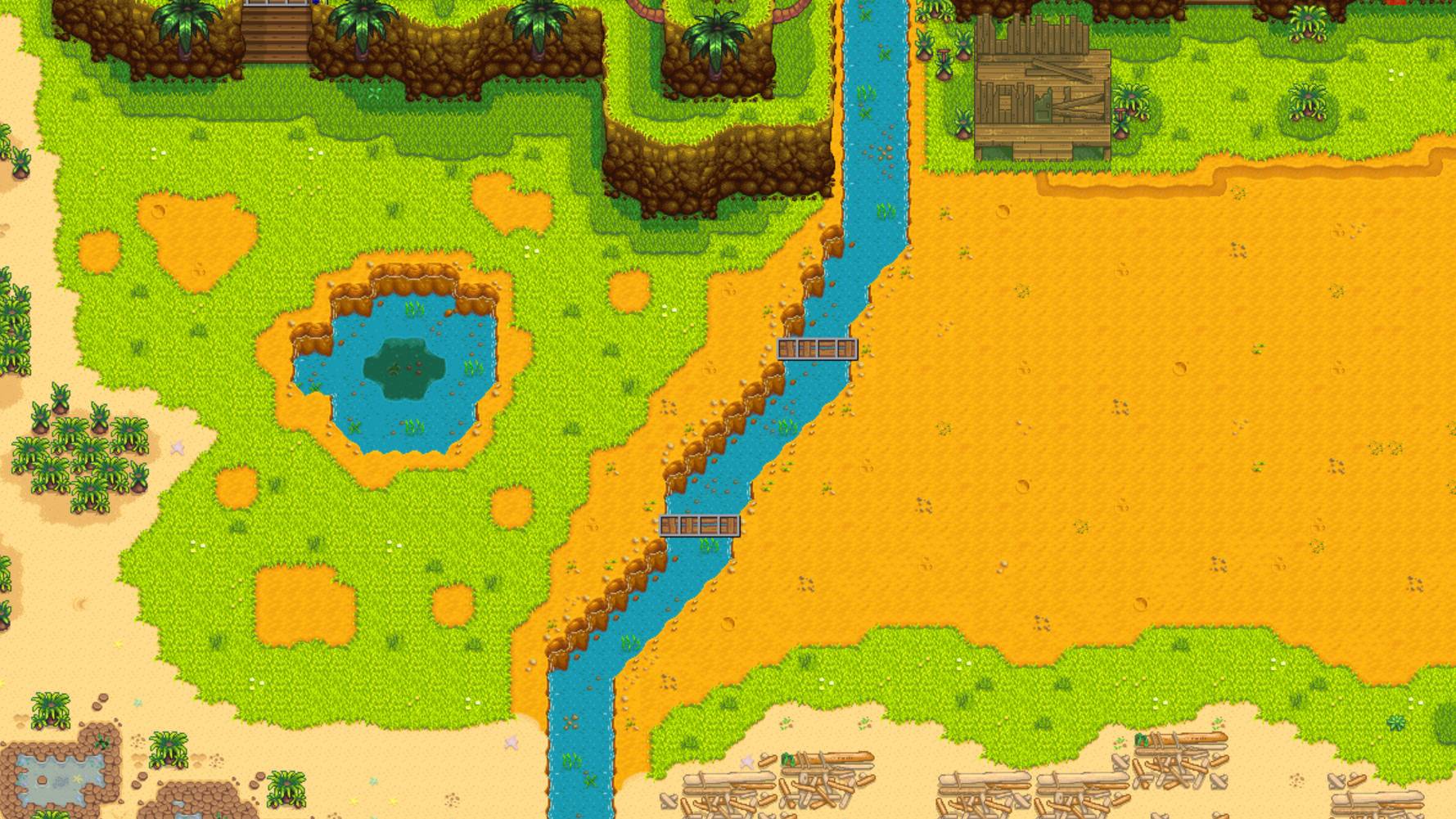 There are five 1x1 spots near the freshwater river that are great spots for Banana Saplings.